He began his career at the University of Murcia (Spain), where he carried out his MSc and PhD studies under the supervision of Dr. Pablo González-Herrero (2011–2016), focused on the synthesis and photophysical studies of organometallic platinum complexes. In 2014 he was also a visiting student in the group of Prof. Corey Stephenson at the University of Michigan (USA).

After obtaining his PhD and work in the pharmaceutical industry (Eurofins) he moved to Manchester (UK), where he was a postdoctoral researcher in the group of Prof. Daniele Leonori (2017-2020). His work there targeted the assembly of C–N bonds via photoredox catalysis and the development of new agents for halogen-atom transfer radical reactions.

In 2020 he underwent a second postdoctoral stage in the group of Prof. Tobias Ritter at Max Planck Institute (Germany), working on novel strategies for late-stage functionalization and mechanistic studies of regioselective aromatic C–H functionalization reactions.

In 2021 he obtained a “Junior Leader Incoming Fellowship” from ”La Caixa” Foundation and started his independent career at ICIQ (Spain) as Junior Leader. 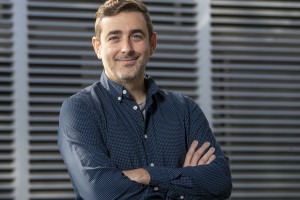