Fundamental understanding of relevant organometallic processes in the context of bimetallic catalysis and C-H activation using first row metals. The long term goal is to provide critical information for the rational design and development of novel catalytic transformations.

We are focused on understanding organometallic processes relevant to catalytic transformations. Our goal is not only to provide critical mechanistic information on well-known reactivity, but also to pursue what we call a “U3D goal”: Understand, Discover, Design and Develop novel and more efficient transition metal-catalyzed reactions. The original concept of our research programme is to trap key reactive reaction intermediates and use them as “knowledge building blocks” (KBBs) for rational design. 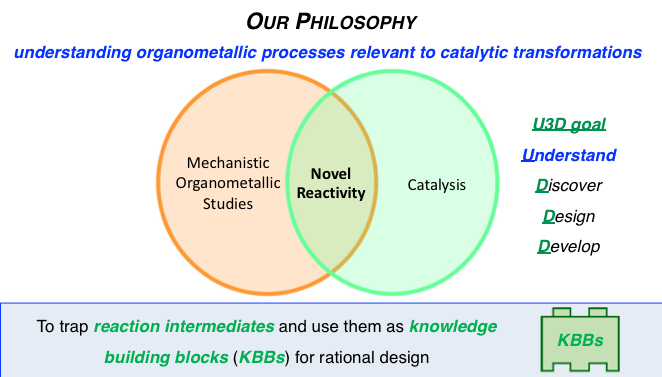 The groundbreaking idea of our proposal is: the success or failure of a whole chemical process relies on the performance of the reaction intermediates involved in each elementary step that constitutes the catalytic cycle. This may seem obvious, but surprisingly, it is often overlooked and this can be a completely game-changer for non-efficient transformations. Therefore, we envision to move transition metal catalysis to the next revolution by employing mechanistic studies as a powerful tool for designing efficient transformations by trapping these reaction intermediates and using them to overcome limitations and explore innovative reactivity.

Our group interests, although varied, are connected by the common theme of developing more sustainable approaches for the synthesis or organic molecules using fundamental organometallic chemistry. We understand the potential impact and relevance of our research for the general public. Therefore, our research goals are strongly influenced by our perceptions of society’s needs, such as global warming or minimizing the impact of chemical synthesis. To achieve those goals, our group applies different approaches, ranging from synthetic organic chemistry to mechanistic studies including the preparation of key catalytic intermediates and a full complement of physical organic tools such as kinetic studies. 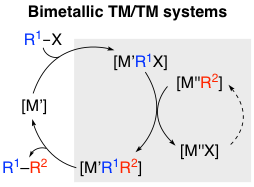 The formation of C-C bonds is one of the most remarkable transformations in organic chemistry and it has received special attention since the second half of the 20th century. By the late 1970s, Pd-catalyzed cross-coupling reactions emerged as a powerful tool for the construction of C-C bonds, providing new approaches for the construction of complex organic molecules. In this context, it was not until the last decade when bimetallic systems, involving a transmetalation step that connects both metal centers, emerged as an attractive tool for the synthesis of a wide variety of C–C bonds. Despite the inherit utility and benefits exhibited by the reported bimetallic systems, the nature of the cooperation between the transition-metal couples in catalytic systems remains unclear and far from being fully exploited.

Our group’s goal is to obtain fundamental knowledge on the synergy between different bimetallic couples to enable the rational design of innovative bimetallic transformations. Our initial efforts have been focused on exploring the capability of “AgCF3” species to surmount overlooked challenges related to the transmetalation step in Pd0/II-catalyzed trifluoromethylation processes. Our work has revealed that well-defined trifluoromethylsilver(I) compounds outperform commercially available nucleophilic trifluoromethyl sources as CF3 shuttles to palladium(II) systems. These results include a blueprint for the potential of [Ag(CF3)2]– species, only detected to NMR spectroscopy to date and whose reactivity has been neglected in the literature, in the unprecedented one-pot formation of PhCF3 using PhI as starting material, under stoichiometric and catalytic conditions.

Over the past few years, the employment of Cp*CoIII complexes, analogous to active RhIII catalysts for C–H activation has represented a tremendous advance in cobalt catalysis. When compared to noble metals, cobalt catalysts offer obvious advantages, including being earth-abundant and cheaper. However, without a doubt, the most interesting feature of cobalt catalysts is the potential rich manifold of reactivity patterns that they can provide, not only mimicking precious metals but also exhibiting a unique and versatile reactivity due to its low electronegativity and the facile access to multiple oxidation states through 1 or 2 electron processes. Despite this significant growth in this field, these cobalt systems are still at their infancy when compared to Rh- and Pd-based catalysts, especially due to the limited fundamental organometallic understanding of these systems. The investigation of the underlying reaction mechanisms of Cp*Co-catalyzed C–H functionalization reactions has been hampered by the difficulty of trapping high reactive transient cobalt intermediates and the proposed reversible nature of the C–H metalation step.

In this regard, our group reported in 2017 the employment of acetonitrile as stabilizing ligand to access a direct analogue of one of the most widely invoked intermediates in Cp*CoIII-catalyzed C–H functionalization reactions, via a ligand-assisted oxidative addition. We used this cyclometalated cobalt(III) complex as “knowledge building block” (KBB), not only to provide a pioneering comprehensive mechanistic picture on the C–H oxidative alkyne annulations by Cp*CoIII but also to improve the efficiency of the selected transformation. Inspired by these results, we have taken advantage of the unique stabilizing capability of MeCN to overcome the reversible nature of the C–H activation step and access two of the most widely invoked cationic cobaltacycles or KBBs which have been proposed in the literature as reactive intermediates. Moreover, we have uncovered the boosting effect of HFIP (1,1,1,3,3,3-hexafluoro-2-propanol) to access key reactive cobaltacyclic intermediates and its influence on Cp*Co-catalyzed oxidative annulation and the hydroarylation of alkynes. 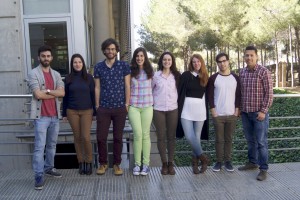