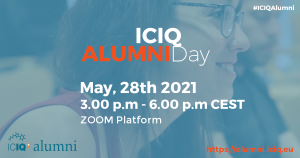 About the Alumni Day

We are excited to announce the first edition of the ICIQ Alumni Day, which will be held through ZOOM platform on Friday, 28th May 2021.

The aim of this event is to strengthen ties among the members of ICIQ community, but everybody is welcome to attend.

Three ICIQ former members will give a talk about their personal and professional careers.

This event will be recorded and uploaded on ICIQ’s YouTube Channel.

If you would like to participate in this event, don’t hesitate to register here! 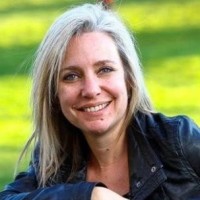 Born in Leiden (The Netherlands) and raised in Spain, Margot is part of a multicultural family and considers herself as a “nomad”, travelling several times around Europe for professional challenges and experiences. She has a PhD in Chemistry from the Universidad Autónoma de Madrid (1998) and an MBA Executive from the EAE Business School (2010). Margot is a professional with a high level of commitment and extensive experience in public and private administration, team coordination, human resources management, project leadership, coaching and education.

In her current role as Customer Support Trainer in IDEXX Laboratories, Inc., Margot is responsible for the companion animal veterinary in-house diagnostics analyzers´ training for customers and employees. Aside from being a trainer, she is also a Customer Experience and Technical Coach leading the program devoted to coach, motivate, and develop the customer support consultants in the European division of the company. Prior to joining IDEXX, Margot worked as Group Coordinator (2004-2007) and later as Administrative Director (2007-2013) at the Institute of Chemical Research of Catalonia (Tarragona, Spain). Margot defines her work style as a balance of structure and responsibility with an awareness of others’ needs. 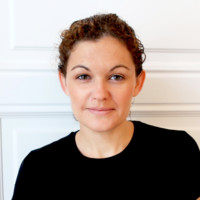 Noelia Barrabés studied Chemical Engineering at the Rovira i Virgili University (Tarragona, Spain) where she also did her PhD focused in Heterogeneous Catalysis, developing nanostructured catalysts for environmental catalytic processes. During this time she did several stages at Queens Univ. Belfast, TU-Wien and Biomagune. The thesis was awarded by the home university and by the Spanish Catalysis Society.

In 2009, Noelia moved to Montpellier for a postdoc at the CNRS/ENSCM center, working on layered materials for catalysis. Shortly after, she got an IEF Marie Curie (2010) combining catalysis with in situ spectroscopic studies, hosted at the TU-Wien including long stages at ICIQ. In 2012, she moved to Geneva and she got the SNSF Marie Heim Vötglich fellowship. At this point, she could start developing her main research topic, with the synergy of nanoclusters, surface science and catalysis. Since she finished her PhD, Noelia was able to fund her research career and work independently, while also managing two maternity leaves.

Since 2015, moved back to Vienna doing her habilitation and starting the group Cluscat, focused on the atomically designed heterogeneous catalysis by metal nanoclusters. Her work on disclosing the nanoclusters catalysts dynamics on surfaces by operando spectroscopy (XAFS and IR) lead to several feature articles. In 2019 she got the Wissenschaftspreis from GÖCH and in 2020 the Elise Richter excellent grant from FWF. 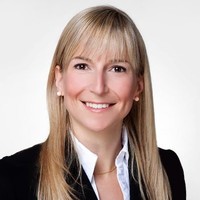 Núria Huguet was born in Valencia (1985). She received her PhD in 2013 at the ICIQ with Prof. Antonio M. Echavarren, working on Gold-Catalysed Cyclisations of Enynes. After her Phd, she moved to Heidelberg for a postdoctoral stay with BASF SE in CaRLa (Catalysis Research Laboratory) with Dr. Michael Limbach, where she worked on the development of an alternative process for the synthesis of acrylates using CO2 as building block. In October 2014 she joined BASF SE (Ludwigshafen) as a Laboratory Team Leader in the Department of Homogeneous Catalysis and Process Development (2014-2018). In June 2018 she left research and started her carrier path in Production as Process Manager Operational Excellence Amines, where she was responsible of innovation projects working as the bridge between business and production. In July 2019 she took her actual position as Process Manager Alkanolamines, where she is responsible of the plant optimization, safety and innovation.
——————————–
The ICIQ Alumni Day has received funding from the Spanish State Research Agency/Ministry of Science and Innovation through the ICIQ Severo Ochoa Excellence Program (CEX2019-000925-S, 2020-2023).