The increased demand of enantiopure chiral molecules in pharmaceutical and material manufacture led to the development of asymmetric catalysis, where a chiral catalyst is exploited to impart a high control on the three-dimensional arrangement of functionality-dense products. The power of traditional strategies in asymmetric catalysis is that they exploit a few privileged structures of synthetic chiral catalysts that can exert generic catalytic modes of substrate activation and stereochemical induction. The intrinsic limit of these strategies is that they allow the design of new but mechanistically related enantioselective processes.

The objective of this research thesis was to upgrade well-established strategies in traditional asymmetric catalysis by disclosing novel catalytic functions leading to mechanistically-divergent enantioselective processes. In the first project, it was shown how visible light irradiation could divert the well-established reactivity of a chiral iridium(III)-p-allyl complex that functioned as a general electrophile in the ground state to become a single electron transfer (SET) oxidant in the excited state. The photoexcitation of this chiral organoiridium complex enabled the implementation of a mechanistically-novel enantioselective radical C-C cross coupling that was unattainable in the thermal domain. This complex was characterized by spectroscopical and electrochemical analysis and its reduction potential in the excited state was estimated. The method allowed us to couple racemic benzyl allylic alcohols and 4-alkyl-dihydropyridines (DHPs), which delivered α-amino radicals upon SET oxidation by the excited state of the iridium(III) complex. The reaction proceeded under 460 nm irradiation at room temperature and afforded the desired allylic products in high yields and enantiomeric excess.

In the second project, it was shown how genetic modification of a well-established enzyme turned it into a multifunctional biocatalyst, which could drive a mechanistically-novel biocascade reaction by catalyzing all the steps of the cascade sequence with high stereocontrol. In fact, traditional approaches in biocascade reactions rather rely on the combination of multiple enzymes, each catalyzing a single step of the sequence. Our new multifunctional biocatalysts belonged to the 4-oxalocrotonate tautomerase (4-OT) family of enzymes and they could perform both the enamine activation of linear aldehydes and the iminium ion activation of enals in a sequential way. This allowed us to implement the enzymatic versions of the two classic organocascade reactions reported by Enders in the early 2000’s for the synthesis of complex and highly enantioenriched cyclohexene carbaldehyde scaffolds. Our biocatalytic protocol matched, and sometimes surpassed, the organocatalytic approach in terms of efficiency and stereoselectivity. 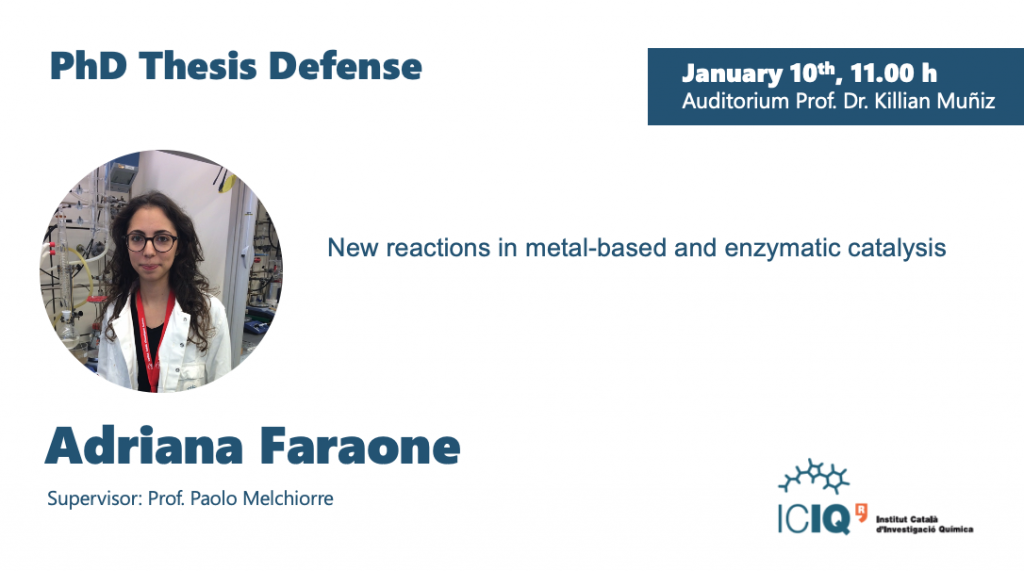