The award, a recognition of prestige at the European level, consists of an allocation of 60,000 euros to encourage scientific collaboration at the highest level between German and international researchers. The winners receive the award from the President of the Federal Republic of Germany, Frank-Walter Steinmeier, in Berlin during the annual meeting of the von Humboldt Foundation, which will be held next summer.

“As a researcher, I am always looking for synergies,” says Llobet, who since joining ICIQ in 2006, has received several awards for his research in the area of ​​catalysis and solar fuels. Inspired by nature, Llobet designs transition metal catalysts that carry out processes efficiently and selectively. 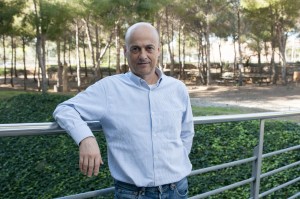 Founded in 1953 in Berlin, the von Humboldt Foundation is dedicated to the promotion of academic cooperation between scientists and students of excellence from inside and outside Germany. To this end, the winners are encouraged to collaborate with German research institutions and to be part of the Foundation’s alumni network, which includes several Nobel prize winners such as Ben Feringa and Fraser Stoddart, winners of the 2016 Chemistry Nobel Prize.