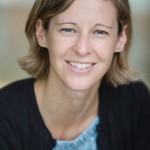 Jennifer M. Heemstra studied Chemistry at the University of California and then moved to the University of Illinois, where she completed her Ph.D. with Prof. Jeffrey Moore in 2005 studying the reactivity of pyridine-functionalized phenylene ethynylene cavitands. After a brief stint in industry as a medicinal chemist, she moved to Harvard University to pursue postdoctoral research with Prof. David Liu exploring mechanisms for templated nucleic acid synthesis. Heemstra began her independent career in 2010, at University of Utah’s Chemistry Department, where she was promoted to Associate Professor with tenure in 2016. In 2017, she moved her research group to the Department of Chemistry at Emory University, where they focus on harnessing the molecular recognition and self-assembly properties of nucleic acids for applications in biosensing and bioimaging. Heemstra is committed to fostering diversity and inclusivity in her pursuit of scientific discovery.

Kind of by accident. My 8th grade teacher told me I wasn’t good at science, so I didn’t get to take biology. Instead, I had typing lessons – which has proven to be very useful, because in this job I write like 10 thousand words a day in emails alone! So, didn’t do biology that year or next, but I was looking for things to do after school and my friends were in the Science Olympiad. So, they told me to join and the Olympiad teacher welcomed and encouraged me although I warned them, I was “bad” at science. I believe that if I had been told I was good at it I would have pressured myself to excel and do well, but instead I did it for fun. Since I was “bad” at it, the pressure was off, and it felt like a hobby, something I did just for myself – that made me fall in love with science!

What do you like and enjoy the most about your job?

The people. Although what I like the most has changed over time, overall, it’s the people. When I was a grad student and postdoc, I would have said my favourite part is having an idea and testing it. But now, as a faculty member, I still love science and the creativity of the job and believe having ideas and testing them is empowering, but I think all of this wouldn’t be fun without all the people around me. I like spending time with students and postdocs and getting to see them formulating awesome ideas and testing them.

I have many scientific achievements I’m proud of, but answering with one of those is like saying who’s your favourite child! So, in general, my greatest achievement was learning how to do things that terrify me and not letting big goals scare me anymore.

Could you give a piece of advice to students who want to become excellent researchers in their fields?

A big thing is to continue seeking mentoring, advice and coaching. I’ve realized mentoring is increasingly important the further you get in your career – maybe because you are becoming a mentor yourself! I think we all should build the habit of seeking advice and critical feedback. But above all, be willing to listen to that advice, that’s how you grow, how you get better, that’s the key for success! An example of that is proposal writing, if you don’t show your proposal to your colleagues, you might save face with them, but you’ll miss out on feedback that can help you to better impress the review panel. Also, you need to get used to rejection, there’s so much rejection: lots of papers don’t get published on the first try, jobs that you apply for and don’t get, grants and awards you apply to and don’t get. The people who are successful at it is because, first, they keep trying and second, when they get feedback, they learn what they can do better next time. I frequently say that getting better is more important than feeling good.

We see many women studying chemistry at University including at PhD level; however, we do not see that many women working as researchers or academics. What are you doing to solve this?

As faculty members one of the most important things we can do is be mentors and role models, just to show that this career path is possible and there’s an option of having a healthy approach to work and life. But we also need to address the structural issues that make it difficult for women and people from all underrepresented groups to advance in their careers as fast as men do. For instance, if you are from an underrepresented group, chances are you’ll get asked to do a lot more services, like committees and reviewing and informal mentoring. All these things are good and meaningful, but that is not considered when evaluating the work of a scientist… so if I spend an hour at a grant evaluation committee, that’s an hour less I can spend doing the actual science. I think institutions need to find ways to correct for this because these things are taking away time from the things that I will actually be evaluated by. And, having policies supporting diversity, building a support network… all these things are incredibly helpful. But, in the end, we will have to deal with implicit bias – that’s the biggest and toughest thing we’ll need to confront, which to me has no easy answer!

Could you tell me about a funny anecdote that happened in your lab/career?

We have an ongoing prank war in the group. It started as little pranks between group members, but eventually, it became an everyone united against me – which I think is great group-bonding! Each year we take a group photo, which we then use in talks and posters. For some years now, the group decides how they will all dress without telling me, so I get to stand out awkwardly in the picture. So, on picture day, I try to outsmart them and go to work prepared with funny hats, funky neckties, weird t-shirts, glasses, beach balls, you name it! Although I must confess, they always surprise me. They’ve had superhero capes, neon fedora hats, pirate masks, which I didn’t see coming so I’ve given up trying to prepare anymore!

If I went to Atlanta, what should I visit?

Atlanta is an amazing city, and something I especially love about it is that it is really a city of different neighborhoods, each with their own distinct character. So, if you visit, you should rent a bicycle and tour around to all of these neighborhoods via the beltline bike path – you’ll get to see so much diversity and have tons of great chances to stop for good food and good drinks.

Favourite destination: Lake Tahoe, which spans California and Nevada in the western US

A movie: The Dawn Wall

A dream: to write a book

Previous
Face to face with Anat Milo
Next
Magnetism: an unexpected push for the hydrogen economy
This website uses cookies to facilitate user navigation. You can get more information or change the settings of your browser by clicking here. ACEPTAR