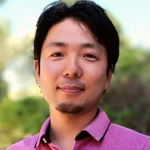 Atsushi Urakawa is from Japan, he obtained his BSc degree in Applied Chemistry at Kyushu University (Japan) after which he joined Delft University of Technology (The Netherlands) for MSc study in Chemical Engineering. He obtained his PhD from ETH Zurich (Switzerland), where he worked as a Senior Scientist and Lecturer until he joined ICIQ in 2010. His research group combines fundamental as well as highly applied research and focuses on the rational development of heterogeneous catalysts and processes aided by in situ and operando spectroscopic methods – which the group is also actively developing. After nine years at ICIQ, he will continue his research as a professor at Delft University of Technology (The Netherlands).

I never thought I’d be a scientist, or that I’d go into academia. But I’ve always studied the subject that fascinated me the most: catalysis. During my study in Japan, I read a magazine titled “Trigger” that explained heterogeneous catalysis and photocatalysis. The paper showed the beauty of it, and especially the use of photocatalysis in toilet cleaning! I was triggered! That was the starting point. Basically, I never decided to become an academic scientist, it was more of an evolution. I didn’t think about becoming a scientist until I discovered the beauty and practical impacts of catalysis.

Challenging my creativity. There are different aspects of science that are appealing to me: education, contribution to society, etc. but in reality, what I enjoy the most is challenging my own creativity. I always try to think about what could be helpful for society but I’m also driven by scientific curiosity and trying to do things nobody has done, see things nobody has seen. There are not many jobs where you can actually define your own goals, I believe scientists are privileged to have such a high degree of freedom and test our creativity.

How important do you think it is for scientists in academia to collaborate with industry?

To me, it’s extremely important. Heterogeneous catalysis is the field where you always have to think of application… just because it’s useful! As scientists in this field, it’s our duty to transfer our know-how and skills back to industry so that society can benefit. If we collaborate with industry and we are successful, that’s the fastest way to give back to society. That’s one of the reasons why I enjoy this kind of collaboration. Unfortunately, there’re many gaps in this communication. I’ve been in contact with many companies and collaborated with them. What I’ve realized is that typically, scientists in academia don’t know how to talk to people in industry – and vice versa. I think this comes from a different perception of priorities and it’s something I want to bridge. Academia needs to be in contact with industry to learn what they exactly need and identify how we can work together.

What would you do to help close the gender gap in science?

In my opinion, gender shouldn’t play a role in selection processes. Female scientists should have the same opportunities as their male counterparts – there’s no discussion there. I think it’s important to be aware of the unconscious gender biases and if somebody gives negative judgement because of maternity leaves etc. Such behavior should be punished. Mechanisms should be put in place too at the evaluation level: only women can have babies, so we should support and not punish them for it. It’s an issue about education, most countries have a culture where men are privileged, but I see that this is changing. If there’s no proper mechanism to have real gender equality in academia then we need to force the mechanism until both genders are truly treated equally.

What’s next for you?

The general direction is the same: rational catalyst design. I wish to do it massively, so I’ll need to develop new technologies. I want to collaborate with many companies to demonstrate rational catalyst design, accelerate tech transfer and develop innovative technologies for the benefit of society and environment protection. In Delft, a lot of time will be spent on education also – it’s a university professor position and I know how serious education is there because that’s where I studied my masters. I’m excited about educating the next generation and motivate them to be scientists, educators, and leaders in different fields.

If I went to Fukuoka in Kyushu island, what should I visit?

You should go to a local noodle restaurant and eat ramen!! It’s so delicious!

A chemical element: silver, it always comes back to me! Throughout my research experience, it’s always there, I think I still need to discover something with silver

A scientist: Einstein, because he developed many amazing theories. I was really astonished when I read his work at ETH Zurich. During my first PhD year, I was studying diffusion of homogeneous catalysts and the diffusion theory in fluids was developed by Einstein – he worked on many things! He theoretically developed the equations we are still using to calculate diffusion constants. He formulated them in the simplest, clearest way! So, in one of my first papers, the paper by Einstein is cited.

An invention: CO2 to methanol at high pressure

If you had not been a scientist: a flamenco guitar player

A book: The Alchemist, Paulo Coelho

A dream: since I was young I wanted to have a café and offer the best coffees

Previous
Urakawa and Kleij selected as Outstanding Reviewers by journals of the Royal Society of Chemistry
Next
Miquel A. Pericàs and José Ramón Galán-Mascarós honoured by the Real Sociedad Española de Química
This website uses cookies to facilitate user navigation. You can get more information or change the settings of your browser by clicking here. ACEPTAR