An international collaboration led by Carles Bo, ICIQ group leader, and Haralampos Miras, senior scientist at the University of Glasgow (Scotland), has resulted in a new approach to improve the catalysts needed to carry out the Hydrogen Evolution Reaction (HER). The reaction, in which water is transformed into hydrogen and oxygen, is a promising alternative to humanity’s dependency on fossil fuels to satisfy energy requirements.

The results, published in Nature Communications, demonstrate that molecular HER-catalysts can work in an efficient manner while highlighting the fundamental importance of understanding the underlying catalyst-water interactions and the fine balance of numerous parameters affecting the evolution of hydrogen. “We are trying to find catalysts cheaper than the noble-metal based ones used right now, to make economically viable the production of hydrogen from water,” explains Carles Bo, “these findings will accelerate the development of a hydrogen-based economy.” 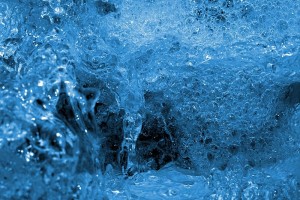 The combination of theoretical and experimental approaches has allowed the scientists to gain some mechanistic insights into the Hydrogen Evolution Reaction and to explore how the new catalysts work. “We are interested in making molecules designed to tackle challenging tasks such as the evolution of hydrogen from water and understand how these molecules work,” explains Haralampos Miras.

MoS2 is a promising material for the electrocatalytic generation of hydrogen from water. However, tuning the 2D material for an efficient catalyst-water interaction is no trivial matter. Here, the scientists have used MoS2 as a starting point to design molecular analogues that mimic its catalytically active sites while exposing a high number of them.

The family of molecular catalysts described in the paper were designed using modular approaches that ensure an efficient interaction between the catalytic sites and the water molecules – while avoiding expensive noble metals. The fact that the new catalysts’ synthesis is carried out open to air and in a simple two-step process, hints at the approaches’ potential for scalability and its economic viability to compete with state-of-the-art platinum-based catalysts.

The result of the EU funded COST Action Polyoxometalate Chemistry for Molecular Nanoscience (PoCheMoN), the scientists have worked together for several years to develop the approach unveiled in the paper. “It becomes apparent even to the most skeptical members of public and political figures that the depleting fossil fuels reserves and the unprecedented environmental consequences that we are already experiencing, require urgent and decisive actions. Our work is part of a worldwide effort towards a hydrogen-based economy. We anticipate these findings to be a starting point for further exploration of molecular catalytic systems and inspire others in an effort to tackle challenging scientific issues,” concludes Miras.

Previous
Prof. Paolo Melchiorre joins the journal Chemical Science as an associate editor
Next
Congratulations Dr. Hegner!
This website uses cookies to facilitate user navigation. You can get more information or change the settings of your browser by clicking here. ACEPTAR