The Severo Ochoa – María de Maeztu Alliance (SOMMa) gathers over 50 top Spanish research institutions including ICIQ. Since its creation, in 2017, SOMMa has worked to promote Spanish Excellence in research and to enhance its social impact at national and international levels. 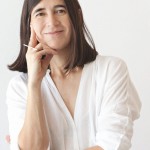 Now, Maria Blasco, director of the Spanish National Cancer Research Centre (CNIO), has become the new president of SOMMa. Blasco replaces Luis Serrano, director of the Centre for Genomic Regulation (CRG), who has held the position for three years.

The new president has expressed her will to “carry on working for the recognition of Spanish science as one of the political and economic priorities of this country”. Blasco will be accompanied by SOMMa vice presidents Mª José Sanz, director of the Basque Centre for Climate Change (BC3), and Antonio Molina, director of the Centre for Plant Biotechnology and Genomics (CBGP-UPM-INIA).

“After these difficult months of pandemic, we have seen how society became more aware than ever about the relevant and inexcusable role of science in the resolution of the problems and challenges that may bring us new diseases or the growth or aging of World population”, reflects Maria A. Blasco. “Perhaps this is the moment to open a new debate about the strengths and weaknesses of science policy in our country, empowering, as well, the various social actors in the area of science that develop a truly excellent job, with transcendental results for our society”. The new president has highlighted, as well, “the necessity of promoting measures, both social and political, aimed at powering economic and social impact of Spanish research, improving its legislative framework and financial stability”.

SOMMa was launched officially from the CRG on October the 18th, 2017, with the support of then Secretary of State of Research of the Ministry of Economy, Carmen Vela, as an initiative to visibilise the Spanish science with the Severo Ochoa and María de Maeztu mentions of excellence of the Spanish State Plan for R+D+I.

Previous
Kudos, Dr. Sun!
Next
Congratulations, Dr. Pelosin!
This website uses cookies to facilitate user navigation. You can get more information or change the settings of your browser by clicking here. ACEPTAR