The members of the Royal Swedish Academy of Sciences have awarded the 2021 Nobel Prize in Chemistry to researchers Benjamin List of the Max-Planck Institute for Coal Research (Germany) and David MacMillan of Princeton University (USA) for the “development of asymmetric organocatalysis”.

David MacMillan is a member of ICIQ’s Scientific Advisory Board, a body responsible for providing scientific support and advice to the institute. Among other tasks, the Scientific Advisory Board assists in the evaluation of the new principal investigators of the institute, contributes their professional point of view on the research developed, or proposes new strategic lines of research for the centre. Read our Face to Face interview with David MacMillan.

“Professor McMillan has always been an example of innovation in research. In his lectures at ICIQ he never left anyone indifferent showing his talent and audacity to carry out reactions that many thought would take years to be realized. Not only in the field of organocatalysis, but also in the use of light as a source of energy. He has given a new impetus to photochemistry and the discovery of reactions that have been rapidly implemented by the pharmaceutical industry in a clear example of transferring knowledge from the world of research to the industrial world. An example of talent, courage and a desire to explore new paths in the world of chemistry,” says Emilio Palomares, ICIQ director and group leader and professor at ICREA. 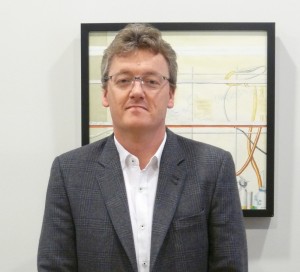 MacMillan created his first research group in 1998, focusing his efforts on new approaches on enantioselective catalysis. Since then, MacMillan’s research group has made many advances in the field of organocatalysis, cascade, synergistic and photoredox catalysis. The group has also applied these new methods to the synthesis of a wide range of complex natural products and pharmaceuticals.

A new way of building molecules

Molecule synthesis is quite an art – not an easy one. The world as we know it today, depends on the ability of chemists to create molecules to build materials, store energy, or heal and inhibit disease progression. Since its discovery in 2000, organocatalysis has developed at an astonishing rate, contributing to the development of new drugs and materials. And to do it in a more sustainable way.

In 2000, List and MacMillan independently developed a new type of catalysis: asymmetric organocatalysis, which is based on small organic molecules. Until then, chemists believed that there were only two types of catalysts: metals and enzymes.

Catalysts, fundamental tools for chemists, are substances that control and accelerate chemical reactions, but do not become part of the final product. For example, vehicle catalysts transform toxic substances present in exhaust fumes into harmless molecules. Our body also contains thousands of catalysts in the form of enzymes, which build the molecules needed for life.

Organic catalysts have a skeleton of carbon atoms, to which more active chemical groups are attached. Organic catalysts often contain elements such as oxygen, nitrogen, sulphur, or phosphorus. This means that these catalysts are economical and environmentally friendly (especially when compared to heavy metals).

The rapid expansion in the use of organic catalysts is mainly due to their ability to perform asymmetric catalysis. When molecules are built, there are often situations in which two different molecules can be formed that, like our hands, are the mirror image of each other. Many times, though, only one of the molecules is desired, especially when producing pharmaceuticals. Often, these mirror molecules have opposite biological responses, so it is extremely important to control the chemical reaction to ensure that only the desired product is created and thus avoid harming patients.

Organic catalysts can be used to drive a myriad of chemical reactions. Through these reactions, researchers can now obtain more products and efficiently build anything from new pharmaceuticals to molecules that can capture sunlight. In this way, organocatalysis is bringing great benefits to humanity.

Previous
Welcome, Junior Leaders!
Next
Kudos, Dr. Caniparoli!
This website uses cookies to facilitate user navigation. You can get more information or change the settings of your browser by clicking here. ACEPTAR