Europe’s top chemistry professors, including ICIQ’s Prof. Antonio Echavarren and two Nobel Prize laureates, have gathered at the Brussels Metropole Hotel to recreate the iconic picture made in 1927 during the Solvay International Conference on Electrons and Photons. The world-famous photo shows the prime of the scientific leadership of that time, including Marie Skłodowska-Curie and Albert Einstein.

“In the recreation of the iconic picture with Marie Curie and Albert Einstein from 1927, with professors, students and chemists from all around Europe I had the opportunity to reflect upon the challenges chemistry will face in the next 30 years,” explains Prof. Echavarren, ICIQ group leader. 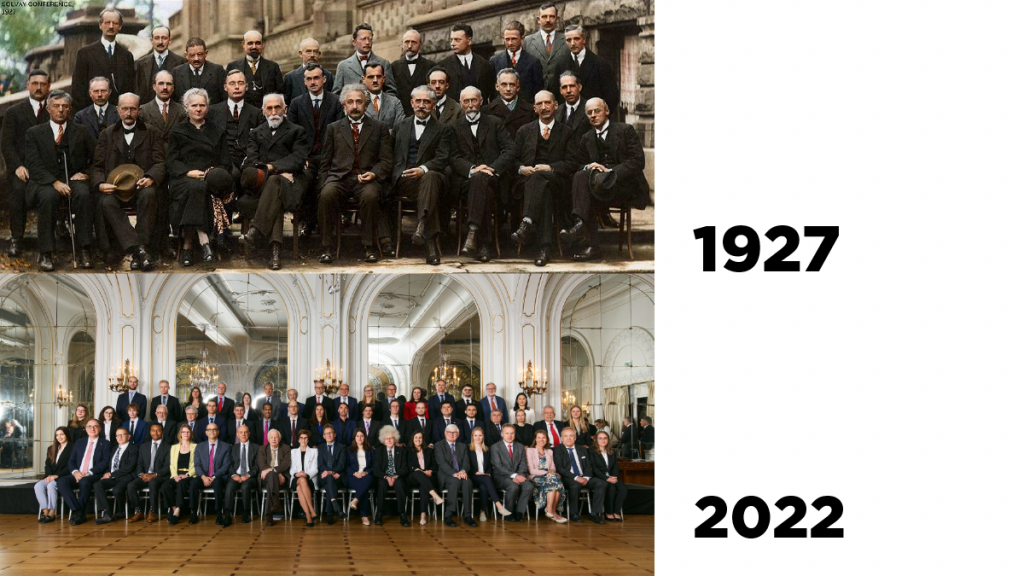 The gathering was organised by the European Chemical Industry Council (Cefic) to celebrate its 50th anniversary. 25 CEOs and Chief Technology Officers (CTOs) of Europe’s leading chemical manufacturers also joined professors and promising young scientists during the event. The gathering sought to reinforce the alliance between science and business to ensure scientific progress and innovation find their way to the market and contribute to the EU’s Green Deal agenda.

Prof. Ben L. Feringa, a laureate of the 2016 Nobel Prize in Chemistry said: “I am happy to participate in this initiative as it is great to bring together industry, the scientific community and students. The three groups will need to work together to find the best solutions for big challenges. The enthusiasm and dedication of the students fills me with pride and gives me the confidence that great progress will be made towards a more sustainable world. These young stars will shape the future of chemistry and enjoy being at the frontier of creating science par excellence!”

The list of professors and PhD students who participated is available here.

About the Solvay 1927 Conference

The Solvay Conferences, founded by the Belgian industrialist Ernest Solvay in 1911, were considered a turning point in the world of physics. Located in Brussels, the conferences were devoted to outstanding preeminent open problems in both physics and chemistry.  The most famous conference was the October 1927 Fifth Solvay International Conference on Electrons and Photons, where the world’s most notable physicists met to discuss the newly formulated quantum theory. 17 of the 29 attendees were or became Nobel Prize winners, including Marie Curie, who alone among them, had won Nobel Prizes in two separate scientific disciplines.