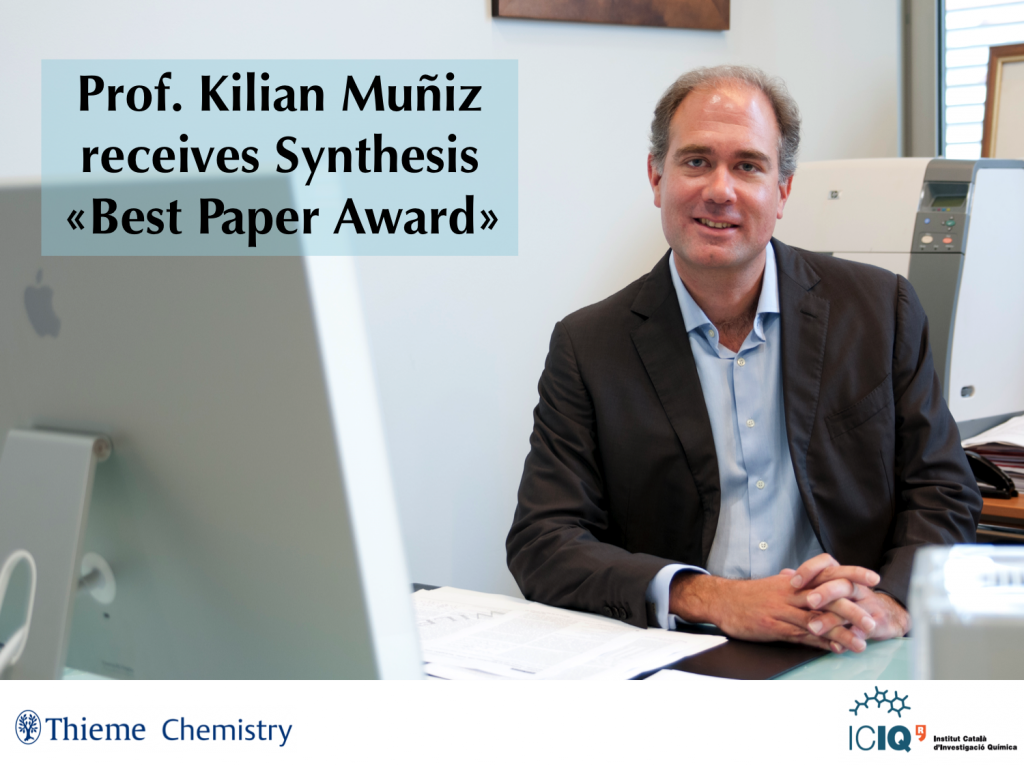 Today, Thieme has revealed the winners of both the Synthesis and Synlett Best Paper Awards 2016. We are pleased to announce that Prof. Kilian Muñiz, ICIQ group leader and ICREA professor, has been honoured with this year’s Synthesis Best Paper Award for his feature “Enantioselective Vicinal Diacetoxylation of Alkenes under Chiral Iodine(III) Catalysis” (Synthesis, 2016, 48 (6), 816-827).

Paul Knochel, Editor-in-Chief of Synthesis, commented how “the development of new catalytic asymmetric synthesis of chiral molecules is especially important for pharmaceutical and fine chemistry in general.” “[Muñiz’s] work will be of interest both for synthetic applications as well as for the comprehension of iodine-catalyzed enantioselective addition,” he added.

The Synlett Best Paper Award was awarded to Kenichiro Itami from Nagoya University, Japan, for  his work on twisted tetracenes.

Previous
Continous flow: an alterative towards sustainable drugs
Next
Prof. Rubén Martín receives OMCOS Award
This website uses cookies to facilitate user navigation. You can get more information or change the settings of your browser by clicking here. ACEPTAR