The PTAA polymer (Poly[bis(4-phenyl)(2,4,6-trimethylphenyl)aminePoly(triarylamine)) is often used as hole transport material (HTM) for high efficiency perovskite solar cells (PSC’s). Yet, there are great differences within the solar cell efficiencies reported. Herein, we show that when increasing PTAA molecular weight (MW) from 10 to 115 kDa, the power conversion efficiency also increases. We analyze how the differences in MW influences the interfacial carrier losses in the PSCs under operando conditions by using advanced photo-induced spectroscopic techniques. Moreover, we compare kinetics and morphologic effects by studying the different PTAA MW films. Our results show that, the observed differences within the reported PSC’s efficiencies are due to the differences in carrier recombination kinetics, which are influenced by the differences in the polymer molecular weight. 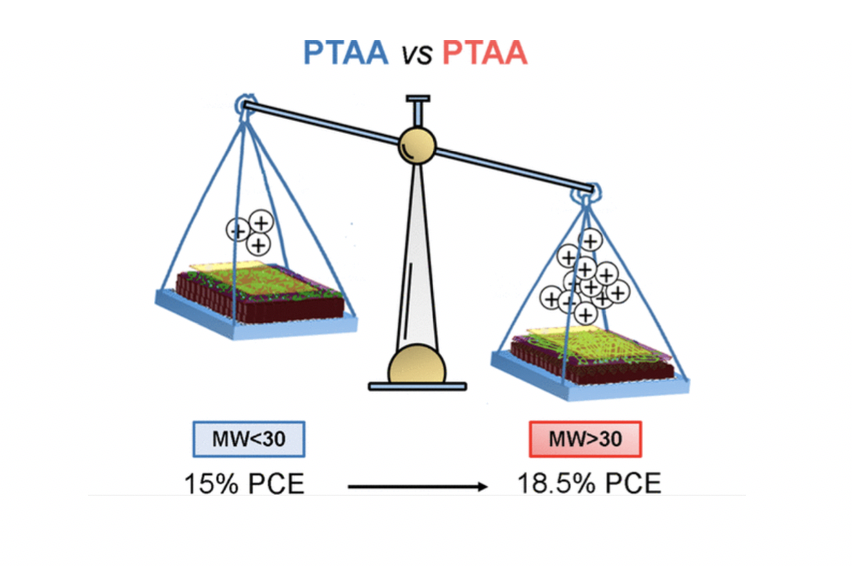