The synthesis and characterization of the isomeric ruthenium complexes with the general formula cis- and trans-[Ru(trpy)(qc)X]n+ (trpy is 2,2′:6′,2″-terpyridine, qc is 8-quinolinecarboxylate, cis–1 and trans-1, X = Cl, n = 0; cis–2 and trans-2, X=OH2, n = 1) with respect to the relative disposition of the carboxylate and X ligands are reported. For comparison purposes, another set of ruthenium complexes with general formula cis- and trans-[Ru(trpy)(pic)(OH2)]+ (pic is 2-picolinate (cis–3, trans–3)) have been prepared. The complexes with a qc ligand show a more distorted geometry compared to the complexes with a pic ligand. In all of the cases, the trans isomers show lower potential values for all of the redox couples relative to the cis isomers. Complexes cis–2 and trans-2 with six-member chelate rings show higher catalytic activity than cis–3 and trans–3. Overall, it was shown that the electronic perturbation to the metal center exerted by different orientation and geometry of the ligands significantly influences both redox properties and catalytic performance. 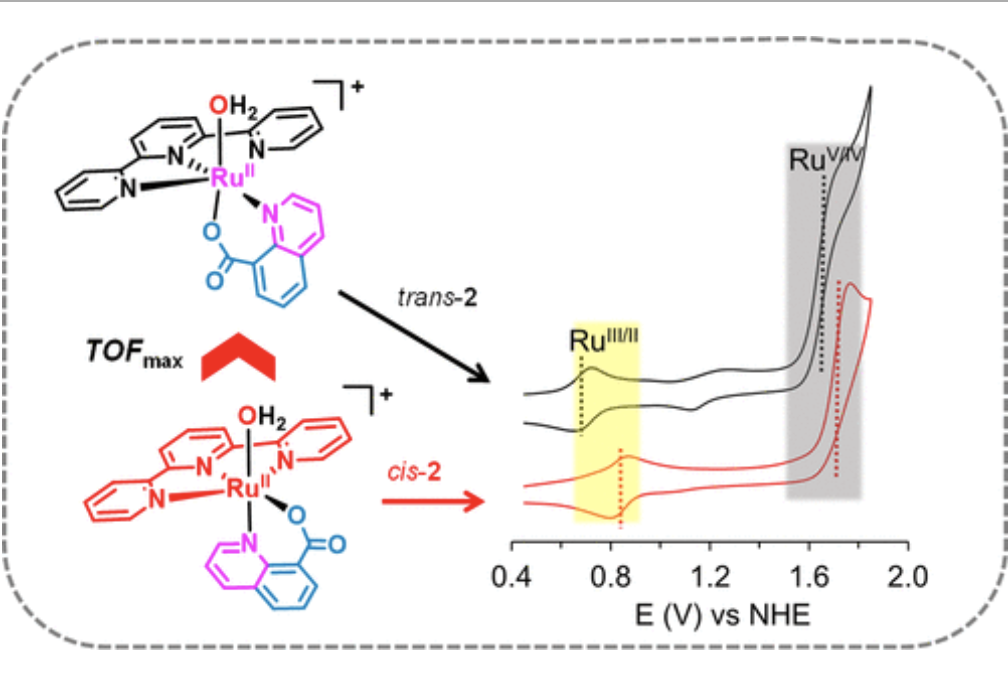