The synthetic potential of carbon dioxide as an abundant and renewable C1 chemical feedstock has attracted considerable attention in the past decade with a particular focus on devising novel catalytic transformations to access carboxylic acid building blocks in a direct and selective manner. Yet, beyond addressing limitations in substrate generality, little effort has been made toward improving the robustness and applicability of established carboxylation methodologies, resulting in a serious lack of uptake within the industrial sector. Herein, we provide a critical view of the catalytic carboxylation arena, discuss the current limitations, and explore how the most recent advances offer tantalizing hints of how these challenges may be addressed. We speculate that carboxylation reactions are in the midst of a transition to a much broader role in the synthetic community and may represent an important contribution toward a circular carbon economy if they become viable for industrialization. 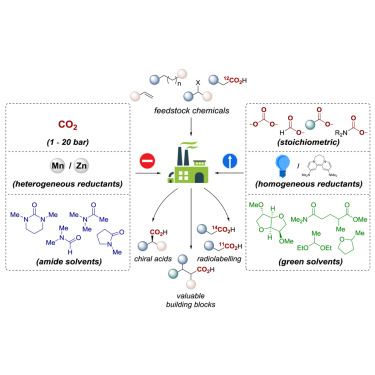