Elisabet Romero was born in Barcelona in 1978. She graduated in Chemistry with a major on physical chemistry by the University of Barcelona in 2003. Later she obtained a master degree under the supervision of Dr. Lluís Julià Bargés at the Institute of Advanced Chemistry of Catalonia. Shortly after, she gained a Marie Curie fellowship to join the Research Training Network INTRO2 from the European Union in order to follow a PhD program at the Biophysics group led by Prof. Rienk van Grondelle at the Vrije Universiteit in Amsterdam (The Netherlands). In 2011 she received her Doctoral degree in Biophysics with a thesis entitled “The Electronic Structure of Photosystem II: Charge Separation Dynamics”. After her PhD, she was appointed as a postdoctoral researcher to implement a new ultrafast spectroscopic technique at the Vrije Universiteit: Two-dimensional electronic spectroscopy (2DES). She led and coordinated a group of six members, including PhD students and postdocs, that worked together to achieve the successful implementation of the 2DES technique.

During her time in Amsterdam she applied ultrafast spectroscopy to investigate the mechanism of the charge separation process in photosystem II, the first solar-energy conversion step in photosynthesis. Her main contribution has been the formulation of a series of Quantum Design Principles of Photosynthesis which provide a guide for the rational design of new solar-energy conversion systems, and that have been summarized in a review in Nature1.

In February 2018 she started her independent research career at ICIQ within the ICIQ-SCP, Starting Career Programme, funded by the “Excellence Severo Ochoa” programme. 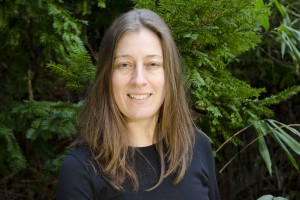