In 2000, he moved to industry expanding his research experience, and worked for more than 3 years first at Avantium as a project leader in its pharmaceutical branch (biopolymer synthesis), and at a later stage of his career (2005) at Hexion Specialty Chemicals as a research scientist in the Epoxy & Phenolic Resins Division (EPRD). Here he focused on process optimization of chemical intermediates for coating and resin applications. He joined the group of Prof. Javier de Mendoza (UAM, Madrid, Spain) as a postdoctoral fellow in 2002, and continued postdoctoral work with Prof. Joost Reek at the University of Amsterdam (2003–2005, the Netherlands) in the field of supramolecular catalysis. In October 2006, he was offered a position as Group Leader at ICIQ and was promoted to ICREA professor in 2011.

In 2000 he received an NWO TALENT fellowship, was named ICREA junior fellow in 2006, and featured in the “Author Profile section” of Angewandte Chemie in 2018. Recently, he was endowed with the 2020 RSEQ Scientific Excellence award. He joined Organic Chemistry Frontiers (RSC) as an Associate Editor (2019) and fulfills the same role at Green Synthesis and Catalysis (Elsevier) since 2021. He became a Fellow of the Royal Society of Chemistry (FRSC) in 2021. From 2023 onwards, he is the coordinator of the HORIZON-TMA-MSCA-DN-JD joint doctoral network “D-Carbonize”. He has been an invited professor at Tokyo University and Guangdong Medical University.

His previous and ongoing appointments include the Advisory Board of ChemSusChem (2016–2019), the Editorial Board for the same journal (since 2020), and the Editorial Boards of the Journal of CO2 Utilization (since 2017) and Industrial Chemistry & Materials (since 2022), and more recently the Advisory Boards of ChemCatChem (2021-) and ACS Sustainable Chemistry & Engineering (2021-). He has been a guest editor for Catalysis Science & Technology (2014), ChemSusChem (2017), Advanced Synthesis & Catalysis (2019), and Green Chemical Engineering (2021) arranging special issues on CO2 catalysis. In 2016 he chaired the first Carbon Dioxide Conversion Catalysis (CDCC-1) conference in Portugal and in 2019 the 4th EuCheMS Congress on Green and Sustainable Chemistry (EuGSC-4) in Tarragona.

His main research interests are in the area of CO2 valorization catalysis, the development of new reactivity using organic carbonates as modular precursors towards new engineering polymers, and the use of renewable compounds and monomers in stereoselective transformations and polymer applications. Arjan has (co)authored >220 international (journal) publications and 5 patent applications with total citations >14600 (h-index 68). 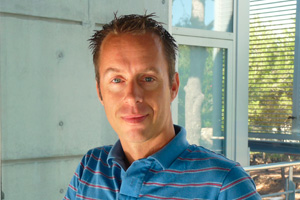