José Ramón Galán-Mascarós, born in Valencia in 1970, received his education in Chemistry at the University of Valencia (Spain) and Imperial College (London).

He received his PhD in 1999 at the University of Valencia with Prof. Eugenio Coronado in the chemistry and physical properties of hybrid organic-inorganic frameworks based on transition metal clusters and polymers.

Between 1999 and 2002 he performed a post-doctoral stay at Texas A&M University, College Station, working with Prof. Kim R. Dunbar in the development of molecule-based magnets and single-molecule magnets.

In 2002 Dr. Galán-Mascarós got a Ramón y Cajal Fellowship to join the Instituto de Ciencia Molecular (Valencia, Spain), where he worked in multifunctional materials with combination of physical properties.

In September 2009 he took a position at ICIQ, where he currently leads a research group focused on the synthesis, physical characterization and processing of transition-metal complexes of interest in Biology (metal-peptide interactions and models for protein active sites) and Materials Sciences (multifunctional molecular materials).

In september 2010, he became  ICREA (Catalan Institution of Research and Advanced Studies) Research Professor.
J.R. Galán-Mascarós has received several awards including the Young Chemist Research Award (2002) of the Spanish Royal Society of Chemistry and the Olivier Kahn International Award (2008) of MAGMANet European Network of Excellence. 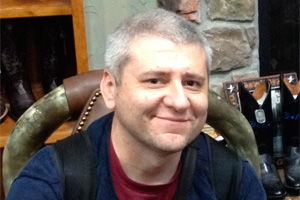