Our main interest is the development of molecular materials with combination of chemical and physical properties (redox, magnetic, electrical and/or optical, etc…) from Coordination Chemistry and Supramolecular Chemistry.

In general, we are in the search for synthetic bioinorganic models for active sites of metalloproteins that could be able to catalyze redox reactions for energy applications; and for multifunctional molecules that could show new physical phenomena from unusual combination of properties.

In particular, we are working in mimics of the active site of Photosystem II, the inorganic cluster responsible for the catalysis of water oxidation; and in the synergy between chirality and magnetism at the molecular level.

In natural photosynthesis in the higher green plants, a complex reaction uses solar energy to convert H2O into O2 and reducing equivalents. Photosystem I (PSI) uses the reducing equivalents to reduce CO2 to carbohydrates, while Photosystem II (PSII) contains an oxygen evolving center (OEC), where O2 is released. Artificial photosynthesis is one of the most remarkable goals for the efficient use of solar energy to produce oxygen and fuels such as H2, formic acid or other hydrocarbon species. An efficient process would address (and probably solve) the energy problem for the foreseeable future, while being environmentally clean.

Solar Energy would be the energy source: the cleanest and largest renewable energy resource by far. Energy storage would deal with the formation of chemical bonds to produce solar fuels. This has been postulated as one of the most efficient energy storage methods, far superior to batteries, regarding transportation and energy conversion. In addition, most current technologies are already working with fuels. The whole process would be environmentally friendly, that is, carbon-neutral. 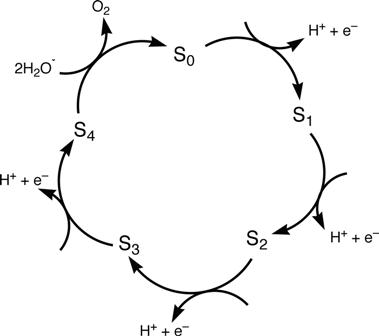 Water is not able to absorb light; therefore, several systems will be needed for the whole process. In a modular approach, artificial photosynthesis can be achieved by constructing two sub-cells, equivalents to PSI and PSII in green plants, connected through energy and electron transfer, where two catalysts, one for hydrogen production and another one for water oxidation are needed. Several materials have already shown to be good catalysts for hydrogen or hydrocarbon production. On the other hand, no good enough catalyst for the oxidation of water is known to date. However, this is done quite efficiently in green plants, algae and cyanobacteria by the OEC in PSII.

The OEC consists of a polynuclear manganese cluster of still uncertain structure. The key features proposed by direct and indirect methods and widely accepted at this time are: i) The main active site is formed by a cluster containing four Mn atoms, in near proximity to a redox active tyrosine (Yz) and one Ca2+ ion; ii) The presence of Cl– ions is also playing an important role, although their absence does not suppress the activity of the OEC; iii) The Mn atoms are coordinated by O and N atoms, from aminoacid units and water, hydroxo and/or oxo groups.

Regarding the mechanism, the Kok cycle, proposed in 1970, still remains a good approximation. It is based on five evidences: 1) the cluster is oxidized four times, between the S0 and S4 states and most of the oxidation processes are metal-based; 2) once the S4 is formed, this species immediately oxidizes water, and it is responsible for formation of the O–O bond; 3) small structural changes (Mn-Mn distances) occur upon oxidation; 4) the electron transfer is probably accompanied of proton transfer, since the cluster remains neutral (or close to neutrality) during the process; 5) Mn appears in oxidation states between (III) and (V) but the presence of at least one MnII center is not disregarded. 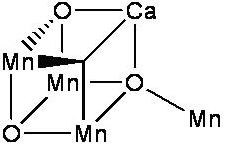 Figure 2. Proposed structure for the OEC in PSII

A synthetic analogue of the OEC in PSII with functional activity remains one of the greatest challenges in the field of bioinorganic chemistry. The most efficient catalysts for water oxidation up to date are Ru complexes and metal oxides, but the lack of stability of the former and the low efficiency of the latter are still key problems to overcome. Imitating nature, could a Mn cluster in a peptide environment get the job done?

Our aim is to study the Coordination Chemistry of transition metal clusters with oligopeptides, in the search for stable and redox active polimetallic clusters able to be involved in the oxidation of water. Many metal complexes with aminoacids have been reported but, surprisingly, very few oligopeptide complexes are known. Actually, the number of metalloprotein crystalline structures solved to date is much larger than those of metal-oligopeptide. For example, there is a quite good data bank with structural data on Zn proteins, whereas less than ten Zn-oligopeptide structures have been solved. The problem is more complex for redox active metals, as it is the case of Mn. Therefore, the information on structure and reactivity of oligopeptides with Mn (and other metals) will also be very valuable to understand the interaction of metals with proteins, that control many of the biological processes in the fields of Medicine and Biology.

Optically active magnets are target compounds in different research fields. The interest is based on the added value of optical activity and also in the possibility of appearance in such systems of a novel physical phenomena, as the so called: magnetochiral dichroism. It deals with the difference observed in light transmittance, absorbance or emission of a chiral magnetic media in the presence of an external magnetic field, since the relative directions between incident light ray and magnetic field these would tune these processes. If the magnitude of this effect is large enough, this materials would have many applications, as they would work as optical rectifiers, when the absorbed light by the material can be dramatically changed by external stimuli (magnetic field). Thus, we are studying the photo-magnetic and magneto-optical synergy in single molecules of metal complexes of high photo-physical activity and high magnetic moment. 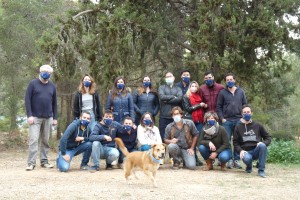