Javier de Mendoza (Barcelona, 1944) pioneered the introduction of Supramolecular Chemistry in Spain. At ICIQ he carried out research in the field of molecular recognition of bio-molecules (amino acids, nucleotides) to chiral recognition of cations and anions, calixarene chemistry, self-assembly and catalysts design. He is co-author of more than one hundred international publications and he has been invited in plenary lectures at more than fifty meetings and over thirty Universities and/or Research Centres.

He has been president of the Spanish-French Association for Technical and Scientific Cooperation (1984-1989), member of the NATO panel for Supramolecular Chemistry (1991-1993), president of the National Advisory Committee for Evaluation of Chemical Research (1995-1996) and president of the Bürgenstock Conference (Switzerland, 1999). He is Chevalier de l’Ordre du Mérite of France since 1994 and he was awarded in 1999 with the Research National Price and Medal of the Spanish Royal Chemical Society. 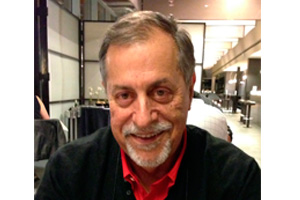