Núria López graduated in Chemistry (1999) and got her Ph.D. degree in Theoretical Chemistry at the University of Barcelona, Spain (1995). As a postdoctoral researcher, she joined the Center for Atomic-scale Materials Physics led by Prof. Jens K. Nørskov (Denmark). In 2005 she started her independent career at ICIQ. Her research group focuses on the theoretical research in heterogeneous photo-electro-catalysis. Prof. López has co-authored over 200 scientific publications. In 2010 she was awarded an ERC Starting Grant (2010) and then a ERC Proof-of-concept (2015) by the European Research Council. She was awarded a “Prize for Excellence” by the Real Sociedad Española de Química in 2015. She has collaborated with several industries in Europe to leverage atomistic modelling, participated in 9 EU projects, and served in several committees in the European Union, including the most important supercomputing initiatives in Europe (she is currently Chair of PRACE‘s Steering Committee).

Prof. López has an h impact of 52, has published over 200 published articles (5 Nature Communications, 4 Nature Catalysis, 2 Nature Materials, 1 Nature Chemistry, 1 Nature Nanotechnology, 1 Nature Energy), one of them has more than 800 citations and 2 more than 500 (February 2020). She has also contributed to software development: Solvent contributions for VASP, Kinetic Monte-Carlo code, and the repository ioChem-BD, a computational catalysis database. 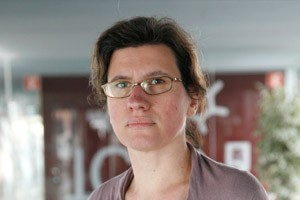