In 2013, researchers from the former ICIQ Urakawa group (now based at Technische Universiteit Delft) reported a new method for the one-step conversion of CO2 to methanol. The work, published in the Journal of Catalysis and highlighted in Science, describes a continuous flow process for close-to-quantitative one-pass hydrogenation of CO2 to methanol where conventional and commercial methanol synthesis catalysts are used. ICIQ protected the technology with two patent families filed in 2012 and 2016. To date, this has resulted in granted patents in the United States of America, Europe and China and will be developed to many other countries for global protection.

Now, the right to exploit the CO2 to methanol one-step conversion process technology has been progressively transferred to InnoxNova – a Polish company specialized in the transfer of new green technologies dedicated to industry, cooperates with the best specialists in area of industrial and chemical technologies – with the goal of scaling up the technology and bringing it to the market. InnoxNova has recently been awarded more than 2 M€ grant by the Polish government to demonstrate the implementation of the technology in a pilot facility. “The first step of the tech-transfer has been successful, and the scale-up activities are initiated,” explains Urakawa. 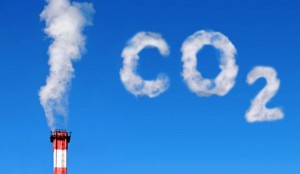 During the scaling up, Urakawa will work in collaboration with InnoxnNova and a petrochemical company to prove the technology can work at the pilot plant scale, a stepping stone for the industrialization of the process. “If this works out, we will verify many important technical aspects and we will be ready, in principle, to build a much larger plant,” Urakawa states.

“Poland’s industry (and economy) is reliant on coal and, therefore, is in need of such CO2 mitigation solutions. The grant of a commercial license on this technology will accelerate its implementation in industrial environments, thus contributing to the fight against global warming. In addition, the technology has already yielded income on royalties for ICIQ and, if successful, could become an additional source of funding for the Institute,” observes Frédéric Ratel, ICIQ’s Industrial Property Unit Manager. The CO2 to methanol conversion strategy developed by Urakawa is a high-pressure flow process that goes beyond the state of the art in terms of both CO2 conversion rate and productivity of methanol. The strategy has several advantages: it uses readily available commercial copper-based heterogeneous catalysts, has a 95% conversion rate of CO2 and presents a 98% selectivity to methanol.

Building an industrial installation of this type with capacity to process 100-thousand tons per year will capture the same amount of CO2 as 20 million trees yearly, showing why the technology is worthy to implement globally and can have huge impact on environment protection.

Previous
ERC awards Advanced Grant to Martín’s catalytic orchestra
Next
LICROX project funded with 3M € to convert sunlight into chemical energy
This website uses cookies to facilitate user navigation. You can get more information or change the settings of your browser by clicking here. ACEPTAR