Photochemistry is of immense importance in the natural world: from vision to photosynthesis, life as we know it relies on the interactions between molecules and light. Using light to provide the activation energy required to start a reaction can have multiple benefits. For instance, some photochemical reactions are several orders of magnitude faster than their thermal analogues. In other cases, using light to trigger a reaction can enable an otherwise inaccessible reaction path – which is exactly what Treellum Technologies intends on doing. 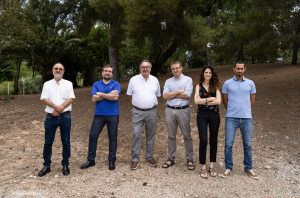 ICIQ’s new spin-off, Treellum Technologies, brings together the expertise and know-how on photocatalysis and reactor-building of the institute’s research groups. The result is a new line of photo-reactors with complete temperature and light intensity control. “We hope our technologies will help researchers worldwide to do better science,” states Esther Alza, who spearheads the project as its Chief Executive Officer.

Over the years, many ICIQ research groups have developed in-house photo-reactors tailored to their needs – with the help and guidance of the institute’s mechanical workshop manager and co-founder of the company, Jose Luís León and collaborating with ICIQ’s technology development unit CSOL, supported by the ”la Caixa” Foundation. “We created Treellum Technologies to merge the know-how on photo-reactors generated by all of ICIQ’s research groups. This has allowed us to develop something flexible enough to cater to the chemical community,” explains Julio Lloret-Fillol ICREA Research Professor, ICIQ group leader and Chief Scientific Officer of the just registered company. 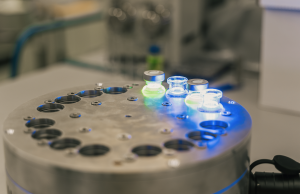 Treellum Technologies’ first reactor consists of 16 reaction-vials distributed in four independent groups. Its circular design provides a constant magnetic stir to the temperature-controlled reaction vials (with a -40 to 100ºC range). Each vial is irradiated by an independent wavelength customizable LEDs set, allowing to modify the intensity of light for each experiment. “These features give chemists a versatile tool, that finally gives photo-chemical experiments the reproducibility needed to do excellent science. It can be used in a wide range of scenarios to obtain detailed information: from running kinetic or mechanistic studies of reactions to molecule screening for drug discovery or lead generation” explains Lloret-Fillol.

“This reactor is useful for both academic and industrial chemists,” claims Ruben Martin, ICREA Research Professor, ICIQ group leader and company co-founder. “The Treellum Technologies reactor allows chemists to screen many products in a fast and easy way thus speeding up the discovery phase in fields ranging from drug discovery to catalyst design where high throughput experimental techniques (HTE) are used to accelerate the optimization of chemical reactions.” HTE is a reliable tool only when experiments are reproducible, in other words when reaction parameters are well controlled – which is currently a challenge with other photo-reactors. “This new reactor device will represent a significant step-forward to improve the reproducibility in photochemical settings,” says the scientist.

The company’s first product also allows researchers to control the instrument through Bluetooth via an Android App. “This works fantastically: you have full control over different parameters, which is an essential aspect in synthetic photochemical reactions,” explains Paolo Melchiorre, ICREA Research Professor, ICIQ group leader and company co-founder.

“Treellum Technologies successfully condenses more than four years of development of photochemical reactors at ICIQ in a first-class photoreactor that will boost the spread of photochemistry in academia and industry. Patent protection will be key in the commercialization of the device,” states Frédéric Ratel, Industrial Property unit manager at ICIQ. 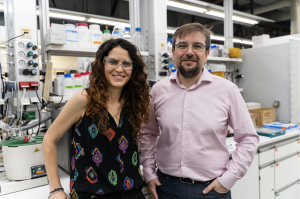 It’s important for Alza, the company’s CEO, to create instrumentation useful for research labs. “Our team is made of experts in chemistry, so we know what is needed to conduct excellent research. By developing cutting-edge technology, we want to help solve the problems researchers are having in their labs right now. We have more ideas of technologies to develop in mind,” Alza declares.

The company, which plans to start operations by the end of 2020, has protected its technology with a European patent. “This is a direct translation of innovative experience from the lab to the market. The design of the scientific instrumentation incorporates the know-how and vision of experimental chemists – which, in the end, are the ones who know exactly the problems to overcome,” concludes Miquel A. Pericàs, ICIQ group leader and director and Treellum Technologies co-founder.

Previous
Prof. Emilio Palomares named new ICIQ Director
Next
PHOTO-RX project granted by AGAUR
This website uses cookies to facilitate user navigation. You can get more information or change the settings of your browser by clicking here. ACEPTAR