The development of intracrystalline mesoporosity within zeolites has been a long-standing goal in catalysis as it greatly contributes to alleviate the diffusion limitations of these widely used microporous materials.1 In this contribution, I will present unprecedented insights on the formation of intracrystalline mesoporosity in zeolites by surfactant-templating recently obtained by in situ synchrotron X-ray diffraction and Liquid Cell Transmission Electron Microscopy (Liq-TEM). By combining experimental results and theoretical calculations, the presence of intracrystalline mesoporosity showing local hexagonal order was unambiguously confirmed. Moreover, through the observation of individual zeolite crystals by Liq-TEM, we are able to provide the first time resolved visualization of the formation of mesoporosity in zeolites.2 The presence of this mesoporosity was further evidenced through ex situ gas adsorption, which also confirmed the preservation of most of the microporosity of the zeolites. All these new insights, obtained by combining a number of time-resolved techniques, are an example of the enormous potential of current in situ characterization methods for the rational design of hierarchical zeolites with superior properties and optimal catalytic performance as it has been proved at lab, pilot plant, and industrial scale. 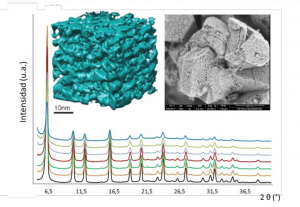 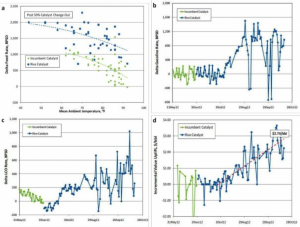 Figure 2. Microstructure of mesoporous USY zeolite and some refinery data showing the superior catalytic performance of our catalysts in commercial application.

In commercial operation, we observe a combination of improved coke selectivity while increasing feed rate allowed to achieve a significant increase in both LCO and gasoline production. The observed selectivity toward intermediates confirms that the introduction of intracrystalline mesoporosity shortens the diffusion path length and hinders the occurrence of secondary reactions. At the end of a particular commercial trial, the additional value that was delivered to the refinery by replacing the incumbent catalyst with the mesostructured USY containing FCC catalyst was estimated to be over US$2.50/bbl of the FCC feed.3

The commercialization of surfactant-templated zeolites in FCC is an extraordinary example of academic entrepreneurship, which is expected to foster the development of new hierarchical zeolites and their use both in existing processes and new and exciting opportunities.