Dr. Katherine Villa has been awarded a ”La Caixa” Junior Leader Fellowship to develop the project “One-Dimensional Nanostructured Catalytic Systems for the Gas-Phase Photocatalytic Conversion of Carbon Dioxide.” Through the ”La Caixa” Foundation MSCA CO-FUND award, Villa will lead her own research project and guide PhD students and postdocs. 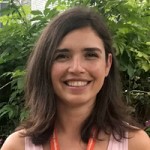 Villa obtained her bachelors in Chemistry from Universidad del Quindío (Colombia) before moving to Spain to pursue her scientific career. Here, she received her Master’s in Science and Chemical Technology from Universitat Autònoma de Barcelona, where she also developed her PhD thesis working on “Hydrogen generation from biomass by heterogeneous photocatalysis.” Since her graduation she has worked as a postdoctoral researcher at the Catalonia Institute for Energy Research (IREC), the Institute for Bioengineering of Catalonia (IBEC) and as Senior Scientist at the University of Chemistry and Technology (Czech Republic).

Can you tell us about the research you’ll take on as a Junior Leader ”La Caixa” Fellow?

The goal of the project is to fabricate nanostructured photocatalytic systems for the conversion of CO2 and water into high-value chemicals and fuels. The core of the project is to perform this reaction in gas phase – as this way, we’ll avoid problems associated with the liquid reaction, such as the low dissolution of CO2 in water – and using supported photocatalysts with one-dimensional structures, including nanorods and nanowires. Such one-dimensional geometry is beneficial for enhancing light harvesting and electron mobility properties, which will result in higher photocatalytic performances than those obtained with bulk semiconductors.

The idea is to develop photocatalytic heterostructures combining UV, visible and infrared light-responsive materials to promote their photoactivation in the full range of the solar spectrum. The rational design of the photocatalytic systems along with a gas flow reactor configuration will be key to improve the efficiency of the reaction which will in turn, potentially increase the conversion rates and selectivity to valuable compounds. Hopefully, this will allow us to escalate the technology in the future.

What excites you the most about the project?

I’m really excited about closing the cycle, making it able to work both with and without light. During the day, plants store energy on specific molecules that they use at night to keep the photosynthetic process going. So, we will try to mimic this by pairing the nano-rods with bioluminescent materials able to store solar energy and that will release it when the light source is removed.

What impact would you like your research to have?

I would like my work to contribute to making this approach more scalable and efficient to bring this technology a step closer to industrial requirements. This would be very interesting for society because we’d only need water and light to produce energy from a polluting gas but right now the efficiencies of the technology are too low.

What elements have been key to your success?

I think it’s my multidisciplinary background. I’ve worked in different fields: water de-contamination, solar fuels and self-propelled micromotors.  I’ve also worked in many labs in different institutions so I guess that gives me an edge because I can easily connect different research fields and try to come up with something better.

What has been the biggest challenge you have faced?

One was moving from Colombia to Spain because it meant leaving everything behind and starting from scratch in a new country – although we share a language it’s a completely different culture. The second obstacle was motherhood: when you go back to work you need to invest long hours to compensate for having left science temporally to raise a child. Sacrificing time, I’d like to spend with my daughter to work and compete with other candidates is tough.

What do you wish you’d been told career-wise?

That being a scientist isn’t only doing research, there’re many things that go with it. You need to be able to sell your ideas to others, know about marketing, business, communication, graphic design, promote yourself and your research… and you need to write a lot. Also, it’s a pretty competitive environment and you need to have international experience to thrive.

If there were a motto hanging at your lab’s door, what would it be?

Albert Einstein’s quote “Imagination is more important than knowledge.” Because it’s true! I’ve worked with many people and I’ve realized that some need to be told what to do, but in my opinion, you need to be creative and have ideas to not only gain independence but also to open new pathways of research.